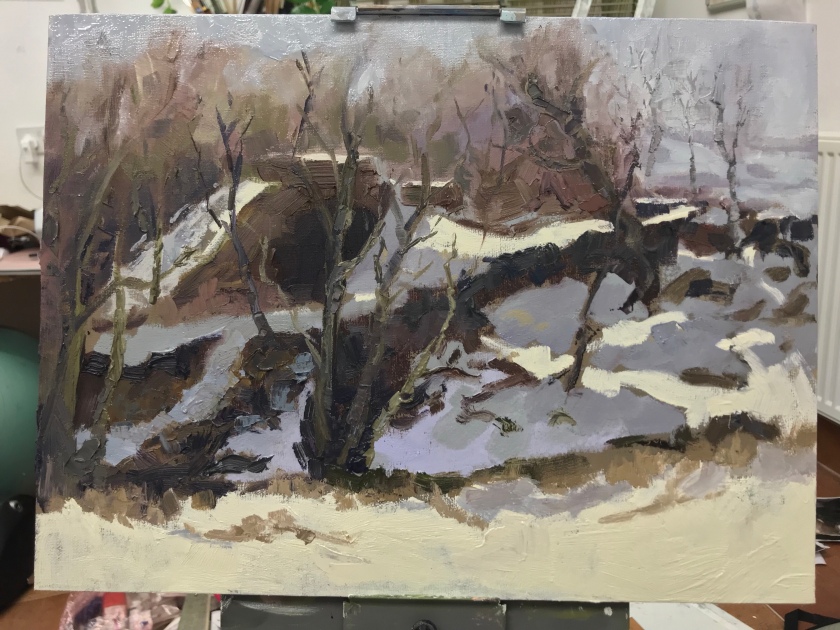 I went away on holiday, and it snowed here! I just caught the last day before it melted. 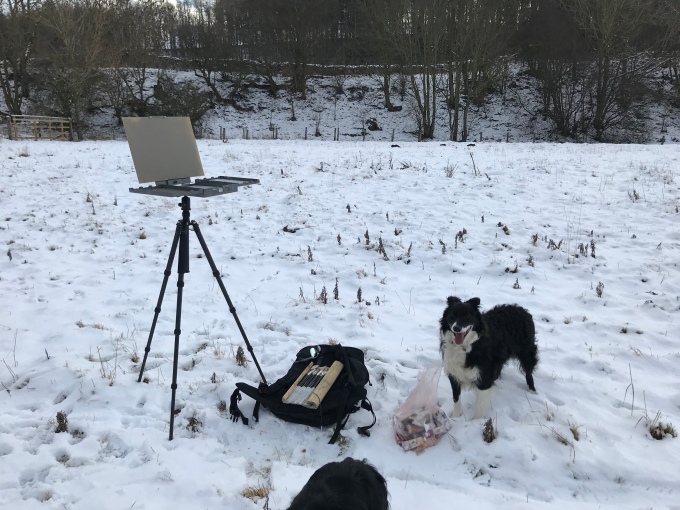 Preparatory sketch and brush roll. I was aiming to keep the details loose, and capture the light in clear blocks so it was clear what I was intending to represent.

The palette. I didn’t use all those blues. I used ultramarine. I was a bit dubious about the brown background but it turned out very handy as a warm block for the trees. 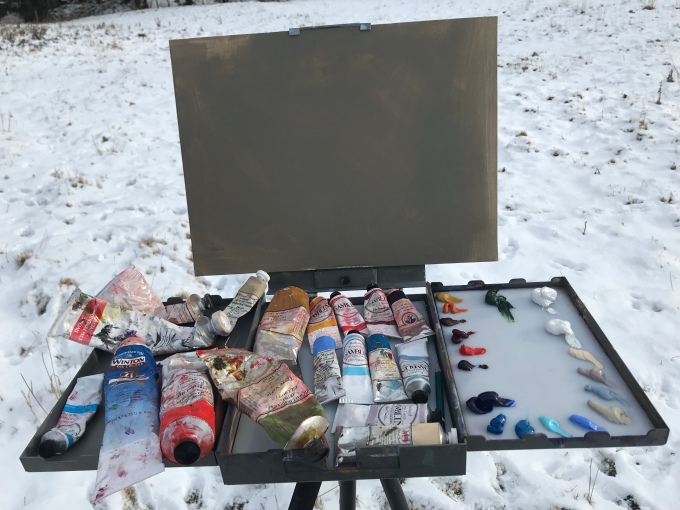 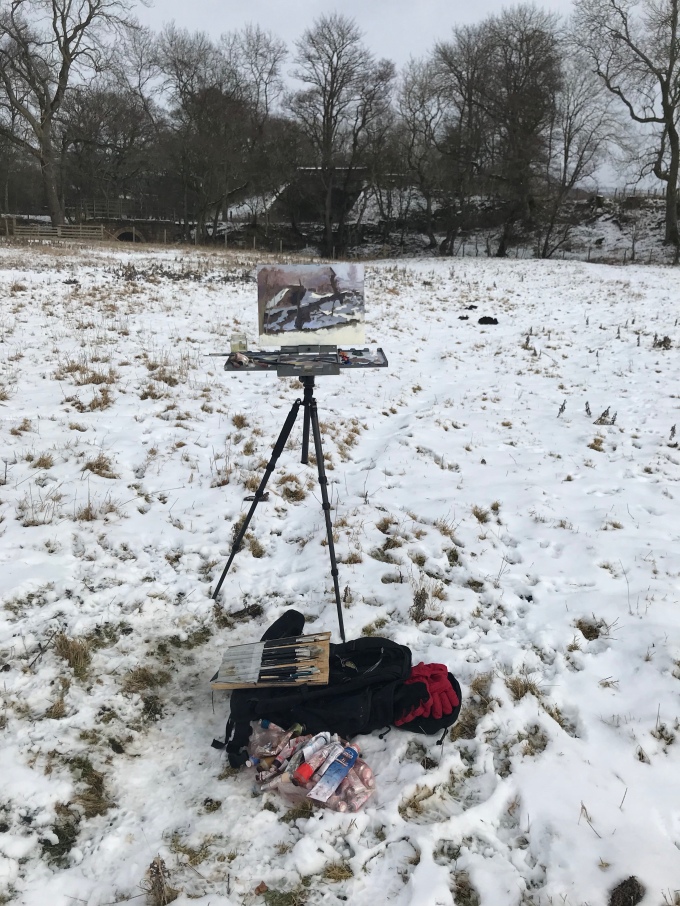 The initial block in. Didn’t know it at the time, but this is as far as I got. I needed papertowels to wipe my brushes on as I am no longer using solvents. 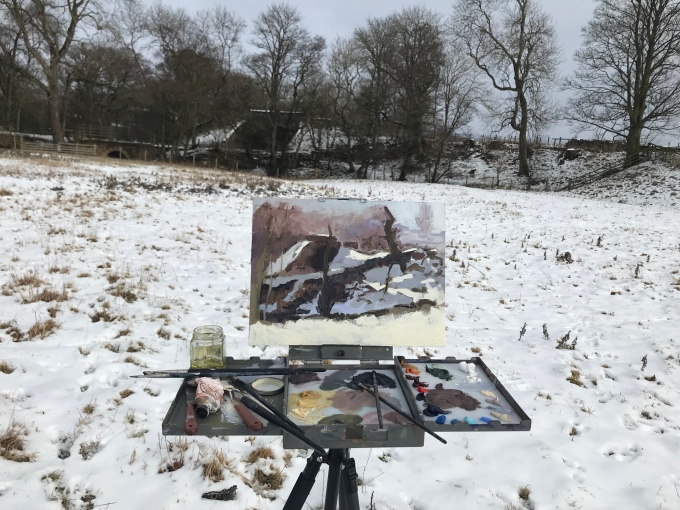 And a close up shot of the painting, palette and scene. Look at those dark clouds rolling in. 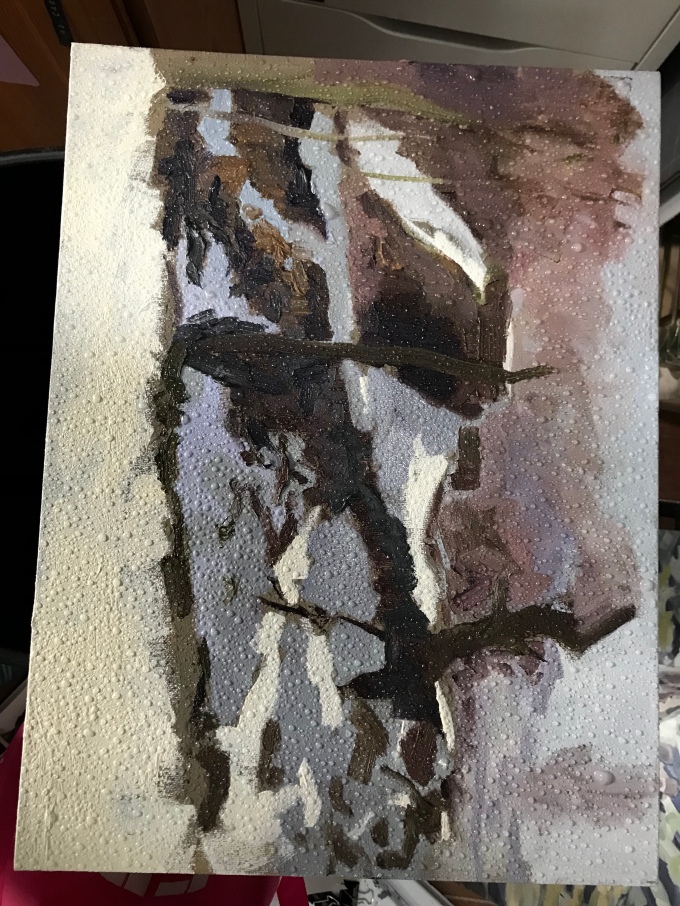 When i returned from fetching kitchen roll, this had happened. Still sunny, just to wet to force the finer lines of the trees on. So we went back to the house for a late lunch.

By then the light had completely changed, so i finished it the next day. 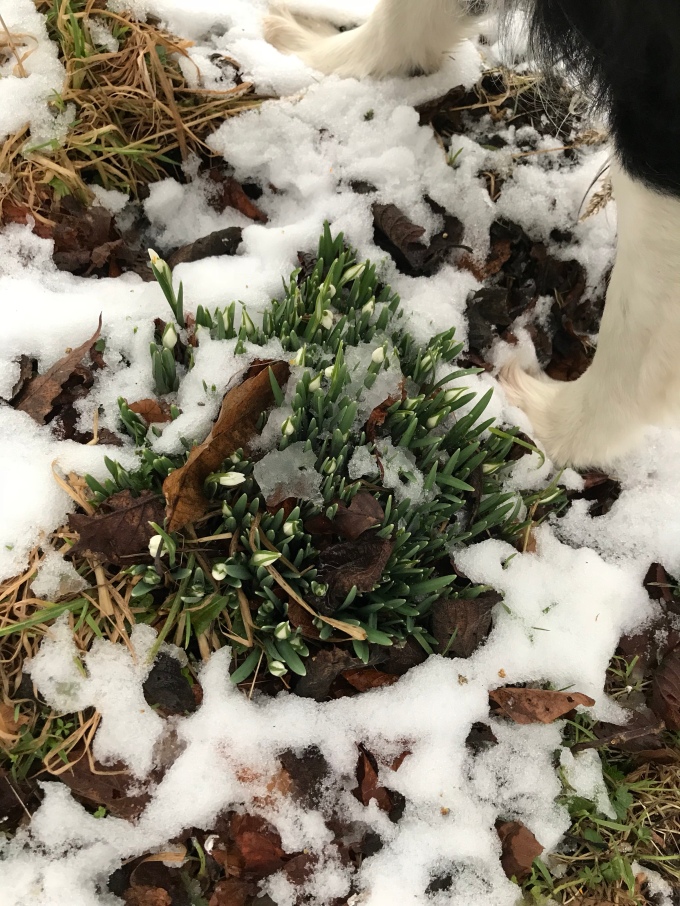 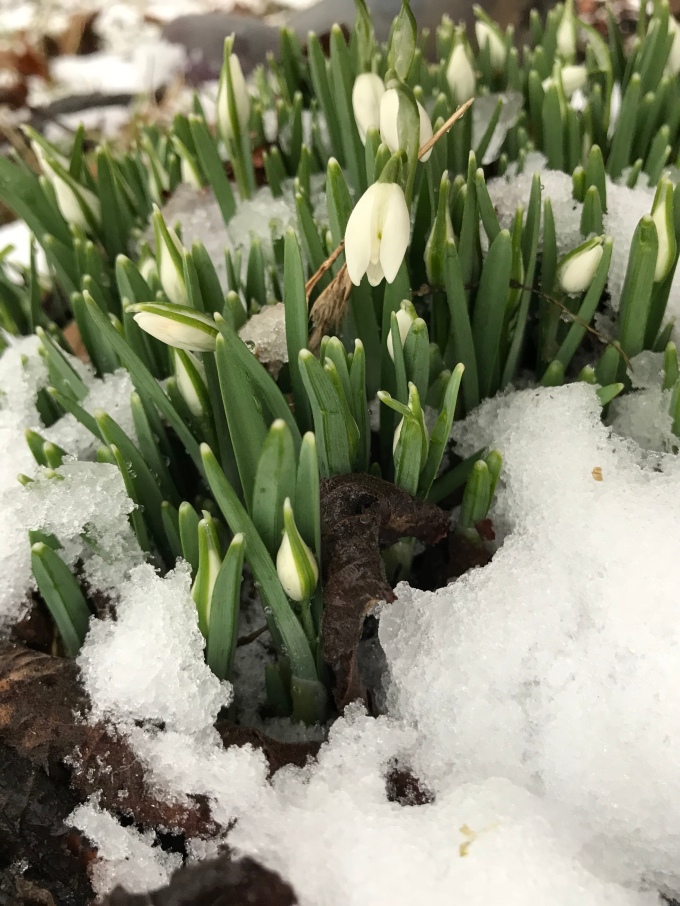 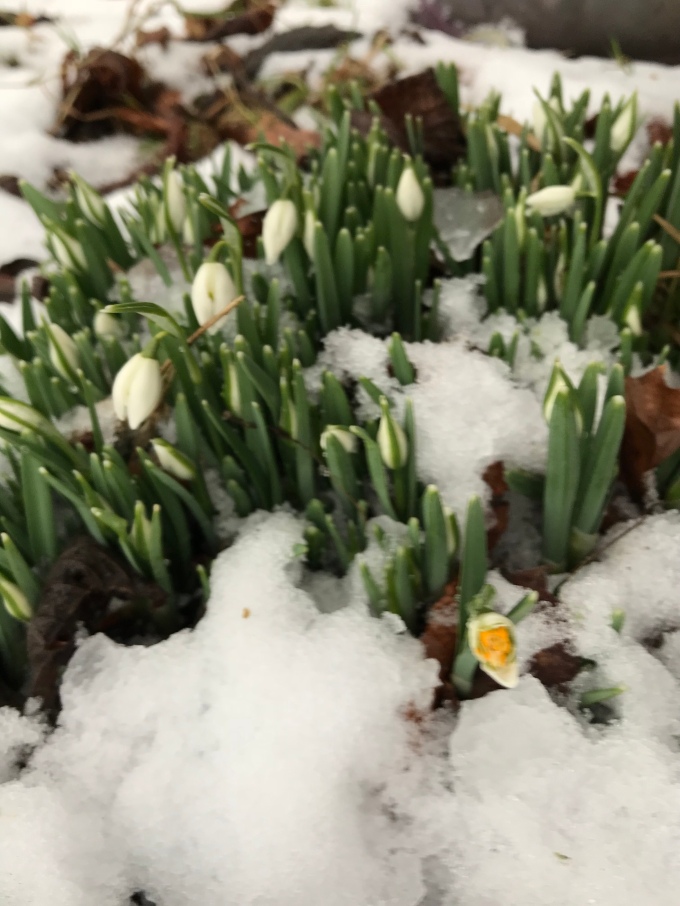 So we went to check out he snowdrops, that hadn’t been out when I went away for holiday. Guess who put their dirty great big paw right in the middle of them, getting between the camera and the snowdrops?

Had another bash at it the day after. Trying to stop making the darks too dark. Making the foreground and the tunnel under the bridge the darkest part.